For 2019 Rutland Cycling ambassador Lucy Sturgess moved from the Liv Langma to the more aero orientated Enviliv. Find out how she got on with the switch below.   Overview I have been lucky enough to test one of the latest Liv bikes from Rutland Cycling, this time the Enviliv Advanced Pro 1 Disc. I’m a fan of the Liv range anyway, not because I feel a women’s specific bike is a ...

For 2019 Rutland Cycling ambassador Lucy Sturgess moved from the Liv Langma to the more aero orientated Enviliv. Find out how she got on with the switch below.

I have been lucky enough to test one of the latest Liv bikes from Rutland Cycling, this time the Enviliv Advanced Pro 1 Disc. I’m a fan of the Liv range anyway, not because I feel a women’s specific bike is a necessity but because I really feel they have done a great job at creating a really good women’s range and bikes that are sold ready to fit the female rider. The main points being the seat and a slightly narrower handle bar than a men’s bike might be sold with. The Liv team is led by women, the branding is really strong and where marketing for women’s specific cycling products often is not done well, I feel they do a great job of this.

I was always keen to try the Enviliv and as soon as it was released, I was carefully watching when this would be available in store at the Rutland Cycling Giant store in Normanton (well worth a visit for the Liv range!). The Enviliv is the revamped version of the Liv Envie. When it was finally here, I was so excited and haven’t been disappointed, I was chuffed to be riding it and it has lived up to its expectation. I have done a fair bit on this bike already; club runs, time trials, a couple of road races, café spins, all the local climbs in Leicestershire and also the brutal cobbles of the 229km Tour of Flanders Sportive! 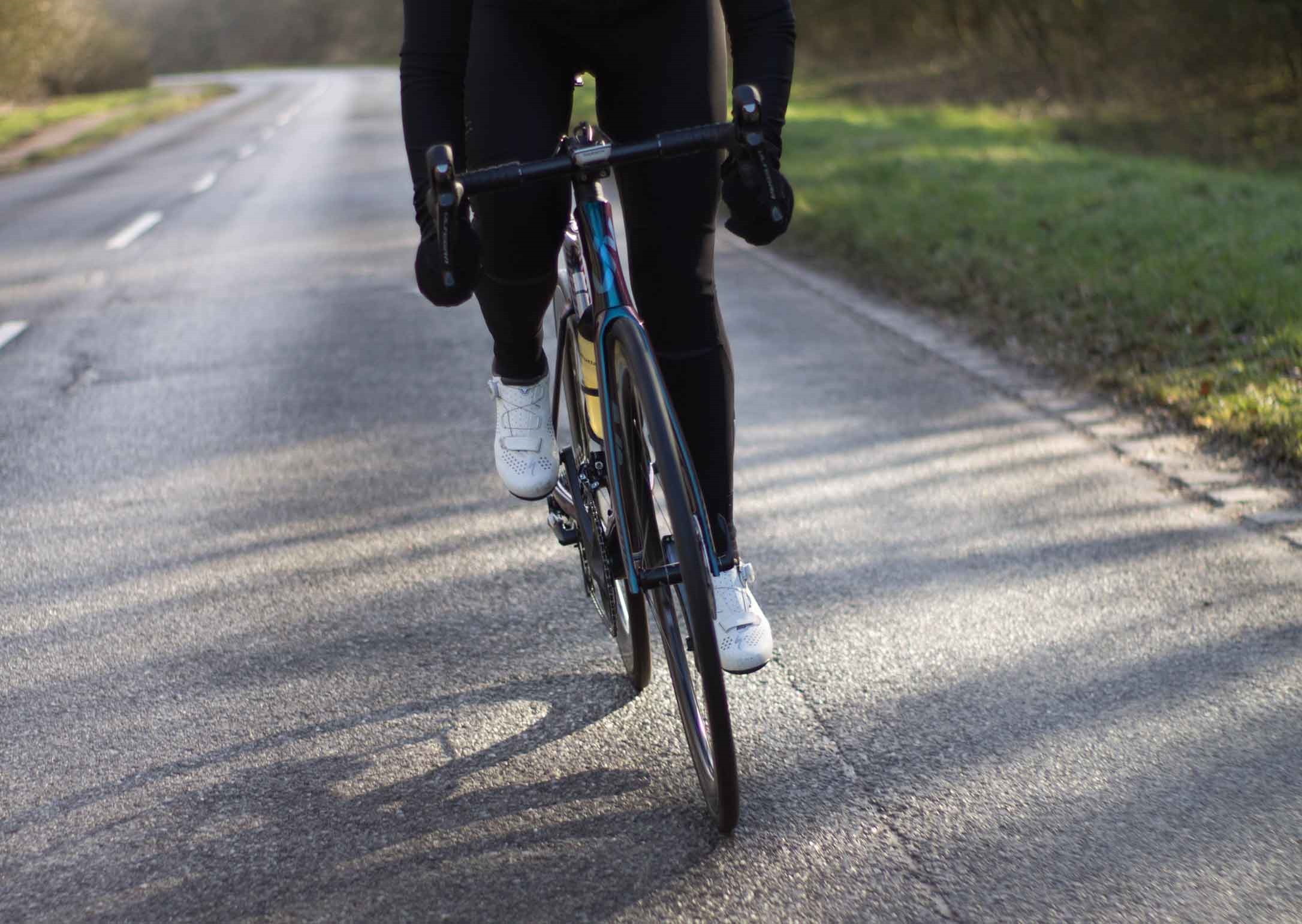 The Enviliv is an aero road bike frame, it’s been designed with this in mind as you can see by the frame shape, and is made from an advanced carbon composite. The geometry for this bike was tested with feedback from the Sunweb women’s team who rode the first versions available and it was tested in wind tunnels for the best possible aero dynamics. The frame geometry puts the rider into an aggressive and fast position and when riding it feels fast due to it being really aero but equally really stiff and super responsive. The bike came with the Giant SLR 1 Aero disc tubeless wheels, they have a 42mm rim on the front and 65mm on the rear, also helping with the aero dynamics but they look really nice too! It is a bike that feels and looks fast. The bike has aero handle bars and an integrated stem that keeps the cables tidy. 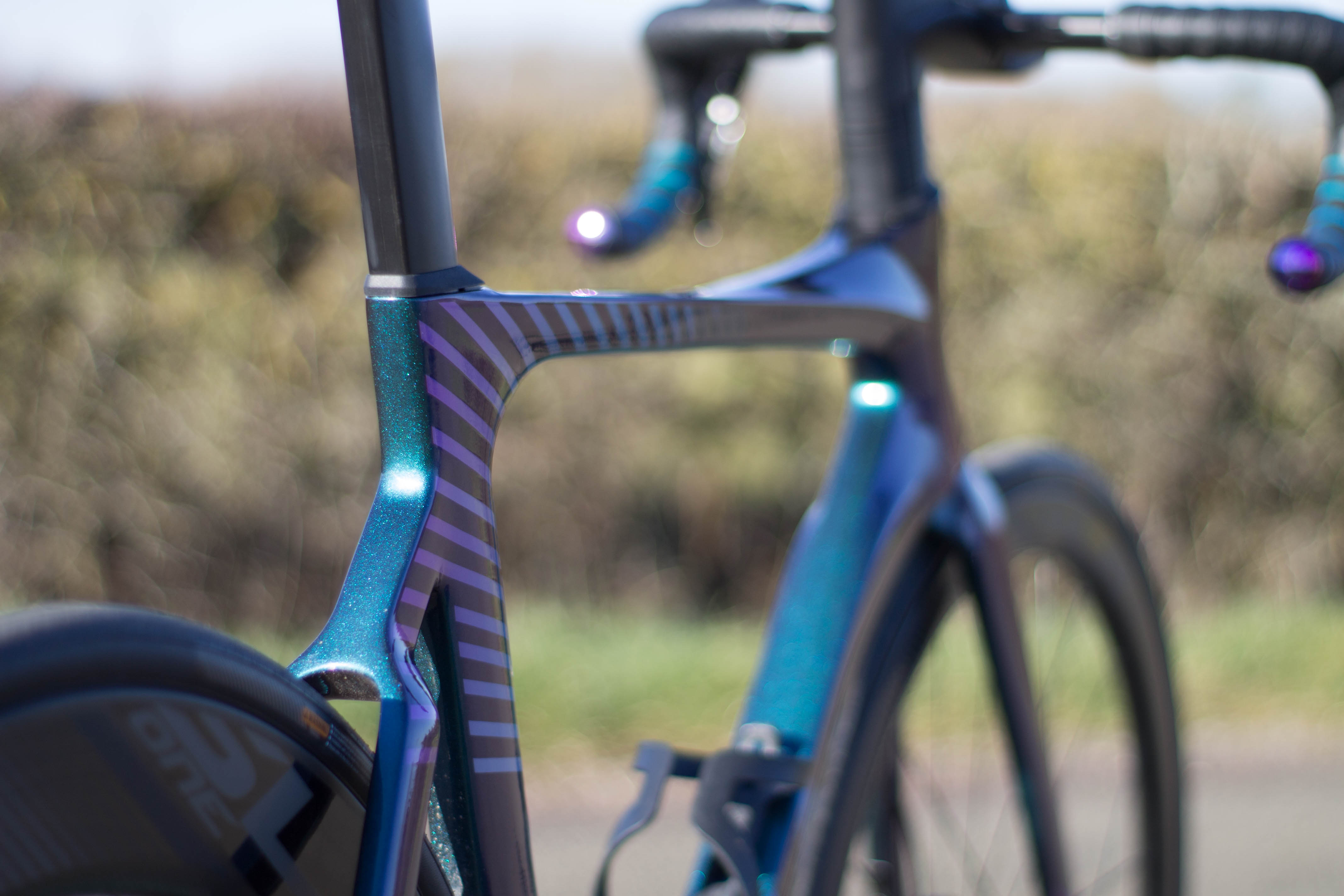 A Bike to Turn Heads

The Enviliv is a bike to turn heads, it has a shimmery paint finish and the colour changes depending on the light, changing between a turquoise green, purple and blue! Attention has been paid to details too such as the bar tape and also the bar ends which glow purple, especially I’m told to those behind when riding in the dark, helping with visibility. The frame shape is striking along with the handle bar and stem design. Every time I’m out and about I get people commenting on how nice it looks, it really does get people’s attention with the colour. The steerer tube needs to be cut down to fit for your preferred stack height, something that Rutland Cycling were able to help me with.

Disc Brakes and Tubeless Set Up

I’m new to disc brakes, initially I wasn’t so sure on a road bike with disc brakes and was hesitant to make the switch. Yet having ridden these over the past few months now I wouldn’t want to go back to rim brakes. The braking feels way more reliable and especially in wet conditions they just feel to be faultless, I know there are many riders who have reservations with disc brakes, but I’m totally sold on them now. The wheels have thru axels, rather than a quick release which took a little getting used to but it looks tidy and works well. The only issue with making the switch from rim to disc brakes is I now only have the one wheelset for this bike as will need to invest in more disc brake wheel sets. The bike comes set up as tubeless, I haven’t punctured yet (touch wood) but I like the back up of having a tubeless set up and it has worked well for others I have been out riding with. You can always put an inner tube in if you puncture and although slightly messy this would get you home should the puncture be something that sealant cannot repair.

The bike came with a built in Bluetooth cadence and speed sensor, something that’s really handy when riding on my rollers or if you decide to train indoors. This was easy to set up in seconds and pair with my Garmin. It’s not an essential feature, but it’s useful and easy to use. This particular model I have been riding has mechanical gears rather than DI2, I do really like DI2 but equally have enjoyed riding mechanical gears again. The Ultegra gearing on this bike shifts really smoothly and I do like the sound of mechanical gear changing. 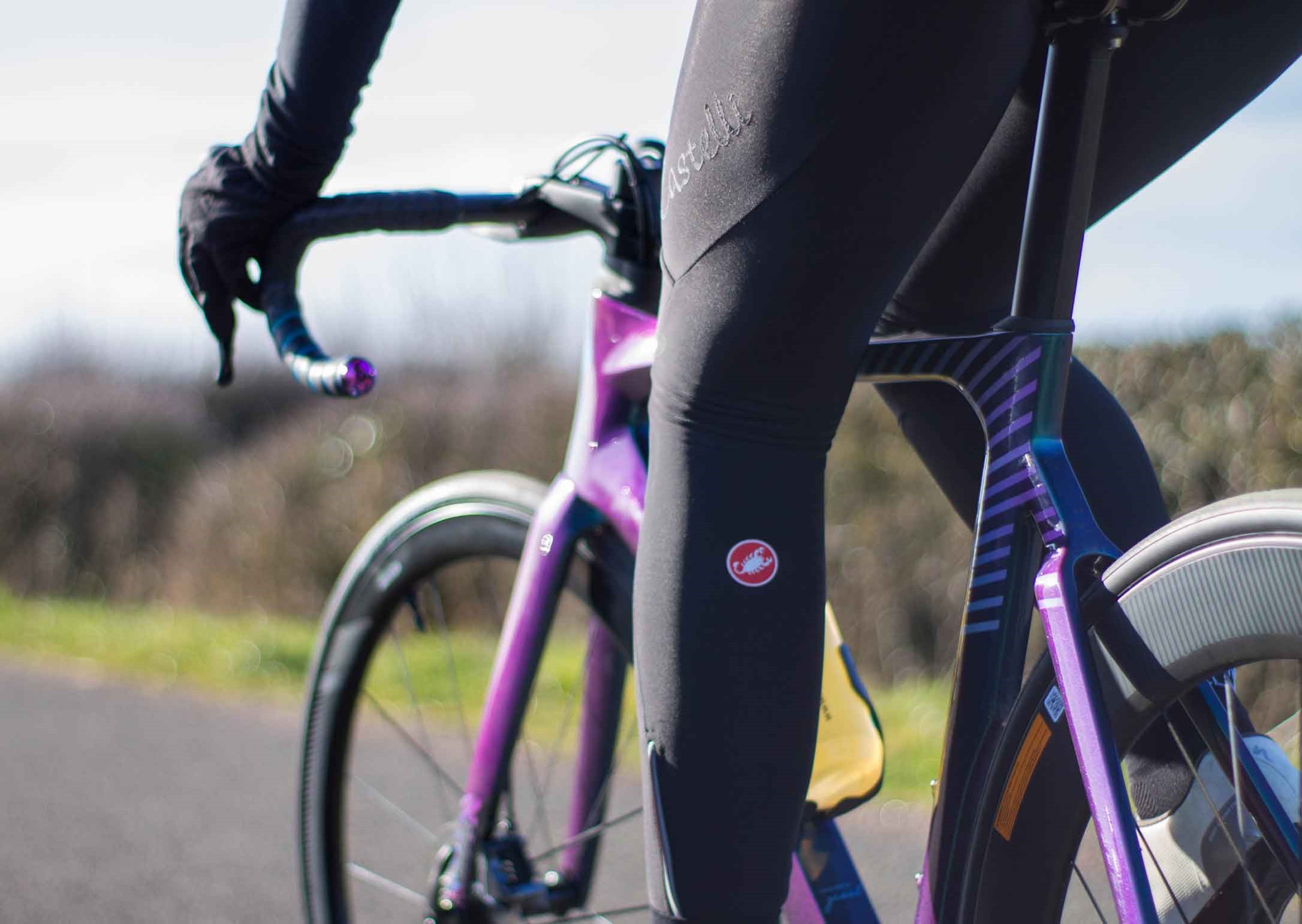 Last year I was riding the Liv Langma Advanced Ultegra DI2. I loved this bike and I didn’t want to say goodbye! It climbed like a dream, handled beautifully and always caught people’s attention. I often get asked how the two compare and these are both excellent bikes for all round riding and racing. Where the Langma comes into its best is climbing, its super responsive and light weight. The Enviliv however favours more on for being really aero and very stiff and responsive for sprinting, however with being so responsive it does climb really nicely too. There is a considerable weight difference, the Langma is much lighter compared to the Enviliv but the deep section wheels will contribute to this.

I feel like Liv have upped their game with the details and finishing touches this year on all of their bike ranges and the Enviliv paint finish and frame shape is so striking it really does turn heads. Genuinely, these are both two excellent bikes and I feel lucky to have been able to ride both of them and wouldn’t hesitate to recommend them both.